A Little Bit About Greener Pastures

So, here it is.  Finally.  You don’t know how long you’ve been waiting for this, but I’ve been working on it for a good while already.  It’s probably been too long as I haven’t really written anything since I’ve started, which is not a good thing.  I have, however, attempted to at least make little notes of upcoming posts, so hopefully the gaps between posts won’t be too big.

So, back to the blog.  After about 8 months since I first started blogging, I now have my very own.  There are a bunch of cool behind the scenes things that I did, which is new to me, but was awesome to learn and do.

It’s been very fun and very satisfying.  But also not so much.  In the final design stages, I had people tell me that they hated it.  It burnt a bit, but I didn’t let it effect me (too much), and this is what I’ve settled on.  And I love it.  But it might still require a little bit of tweak work, so I’d be very grateful for any crit comments, be it good or bad€¦ Let me know.

I went through one or two issues with the theme itself as some colour options in the theme just weren’t there.  There were bits of code missing in the WooTheme style pages.  I’ve never used a theme before, nor have I really coded in anything but C++, so it’s was pretty cool being able to figure out what was wrong, missing, and then to also fix it.  Gives you a nice little warm fuzzy feeling inside.

I must also say a big thank you to Shawn and Byron for all their help!  Shawn helped me with the initial get going, while Byron helped me immensely with deep down blog problems I’d had.  There are the cool icons that I acquired from Sue.  Plus all the people that gave me initial feedback, your help was very useful.

Then I have a silly 404 page.  It’s unusual from someone to actually come across one of these on a blog, but if you happen to enter a bad url, you’ll find this.

If i’m lucky enough to have me on your blogroll, please update it, and if you’d like to be on mine, let me know, ‘cos networking is cool.

So yes, this is it.  This post is just a little welcome and hello to the old readers, and hopefully the new ones too.  My writing has helped more than some of you could really understand, and I’m hoping to post 3 posts in the next week€¦ So keep a look out, and I promise I’ll try my hardest to keep you entertained…

I would suggest, starting from here 🙂 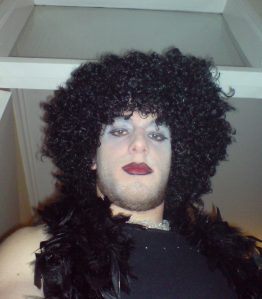 A Little Bit About Being A Girl

A Little Bit About Jealousy

A Little Something About 2009

Protected: A Little Something About Dirty Old Men