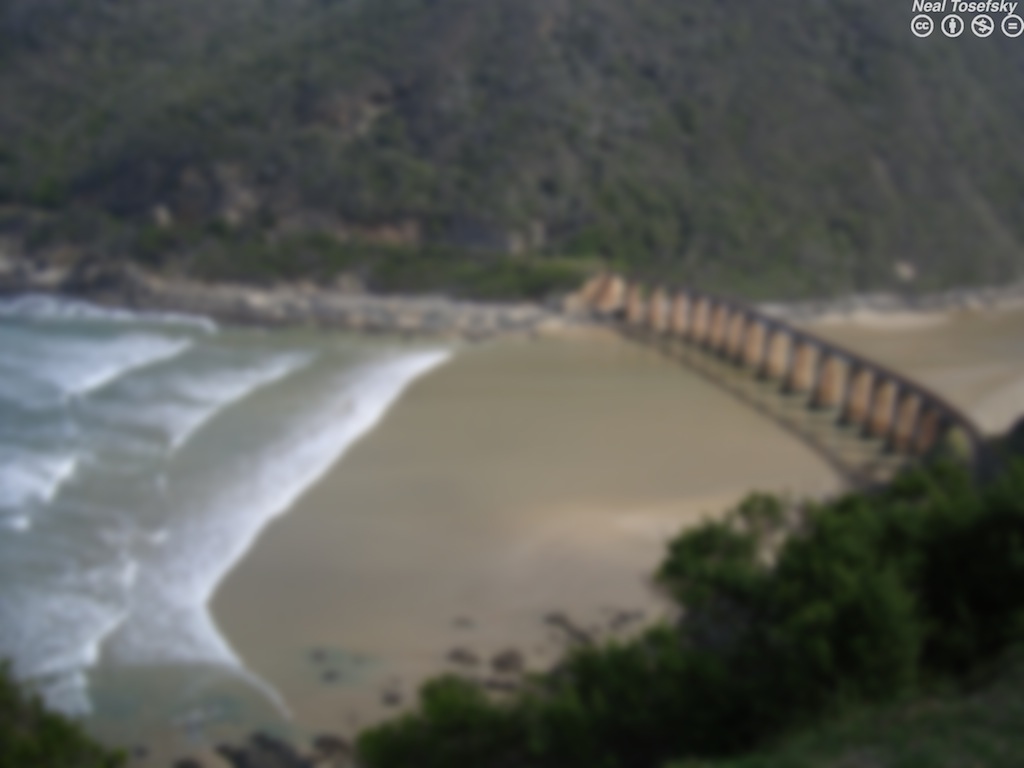 I’ve been wearing glasses since I was about 10. I was in standard 3. I remember going up to the teacher and showing off my cool glasses. I was a suck up, even back then. They thought the eyes would help my handwriting or something too. Psssh. I was meant to be a doctors scribe, I swear. And besides, why do you need neat handwriting anyway? But that’s besides the point.

I’ve been wearing glasses a long time, and after a while, you look to other methods of seeing. Bring on the contact lens. Not sure how old I was when I first got contacts. I must have been about 14 I guess. I also have a clear memory of this moment. Sitting in the chair chatting to the doc. I was always afraid that I’d never be able to put them in properly and would be doomed with glasses forever. But I stood in front of the mirror, and just popped it in first time! It was amazing. Until I had to take the bloody things out. For those of you that don’t know, in order to remove a contact lens from your eye ball, you have to grab the lens with two fingers and pull. Yes, your fingers are going to be touching your actual eye. I was petrified that I was going to grab too hard or something and that would be the end. There’d be eye-juice everywhere.

But as it turned out, you get used to it. And as a person at the foothills of puberty, this was awesome news. I remember wearing them a lot, as you do in order to see. One time, I did the unthinkable. I slept with them in! Can’t remember why, or more than that, but I woke up thinking my eyes were gonna be rolling around the floor. But not to be. I was okay. Besides the terrible dryness, but okay. But I would never do it again. But I did. A few times. I mean, you do as you get older – There will be certain situations that mean you can’t take them out.

When I was 17, nearly 18, my parents were away for the weekend. I had invited some people over for a movie and got comfortable on the couch with one of the people. My right eye was itchy and a bit irritable, but I didn’t think anything of it. I continued to watch the movie without any concerns, and let’s be honest, I wasn’t going to go put on my glasses now. If memory serves me, I think I fell asleep with the lenses in that night.

The next day, Sunday, my parents were back relatively early, and my eye was bright red. I had taken the contacts out and was wearing glasses, but my mother at her neurotic best wasn’t having any of it. Now, living in Botswana had it’s benefits, but easily accessible private healthcare on a Sunday was not one of them. So off we went to the GP centre. Our usual GP wasn’t there at the time, and so we settled for a lady I had never seen before. Dr Shams. No, I’m not kidding. She took a long look at the eye and said it was a simple scratch on the eye and that I should cover it for 24 hours. So, she patched it up, and sent me on my way.

Everything seems to be alright, except it seems much more uncomfortable. Reassurance was made that I hadn’t given it enough time. So off to bed I went with a mild pain killer. Now, I know one or two things about pain. I have had all sorts of things done to me, bones broken, needles placed, but I have never known pain like this. I once read that pain is just your body telling you there is something wrong. You should heed such a warning. Over the course of that night, let’s say 8 hours, I took 10 Myprodol. That’s enough drugs to make any codeine addict happy. It was the most unpleasant night. I would wake up with pain shooting through my head. I actually thought my head wouldn’t make it.

Morning came, and the birds continued tweeting, but here we go to the hospital. A lot of this is sketchy because of the circumstances, but I think i’ve got it all. I was seen to very quickly by the hospital ophthalmologist, Dr Mathlaga. She took one look at the eye and admitted me straight away. I was whisked away to a ward somewhere and was immediately given all sorts of eye drops. I remember changing into my gown, looking into the mirror and opening my eyes, except I couldn’t see out of the right one. It was just a blur. All my left eye could see was a large grey mass that had formed over my entire iris. This was one of the most mindblowing things I have ever seen.

Basically, what had happened was this. This GP had seen what looked like a scratch to her, but was, in fact, a small corneal ulcer. One thing to not do with an ulcer, is cover it up. She did, and so it spun out of control. I was to have eye drops every 30 minutes within the first 24 hours. You try sleeping with a nurse that is going to wake you up. And they’re scary there!

The next day I was back in Doc’s chair having a reassessment. In order to properly analyse the infection, a sample would have to be taken. Now, in case you haven’t been following, I have a huge bacterial infection on my eye. And she wanted a sample. From the infected area. On my eye. If you’ve ever had an eye test, you’ll have an idea of the probing that goes on, but what I think makes all the difference is the fact that you can see it all happening. This was no different. The eye was given a orange numbing dye that basically stopped it from moving. My eyelid was lifted, and I saw the scalpel come to my eye, cut parts of the mass off, and then leave. Even though most of it was still a blur, I could see enough. I couldn’t feel a thing.  And, it was one of the most incredible things I have ever seen. The procedure, known as a corneal scrape, takes a sample and is then analysed.

I spent three days in the hospital, constantly getting drops put in. But, I kept my eye. The doc said that she had never seen anything even nearly as bad as this, and I was lucky to still have my eye, but it would take some time before I could tell how bad the long lasting damage actually was. I would not be allowed to wear contacts again. I left the hospital in sunglasses, and even then, my eye was so sensitive, I kept them closed the entire trip home. If you see me now, you’ll see me always close my right eye more in bright sunlight.  I thank that ophthalmologist nearly every day.

A few months later, and a million visits back to the doc, there had been some progress. Dr Mathlaga had come to the fact that I had 60% vision in that eye. I would have a scar on there forever.  The scar was so large, you were actually able to see it with the naked eye. Thankfully, I could still play sports, but seeing the ball at times, in certain light conditions, was difficult.

I’ve seen a bunch of Ophthalmologists, and are all incredibly intrigued to hear the story. One optometrist refused to even check my eyes after I told him and he sent me back to the specialists. There is a way to fix it, but that would involve a corneal transplant, which, in all honesty, seems a bit extreme considering the place my eyes have settled in. Over the years, the scar has flattened and my vision has come to a stable place. The scar actually behaves like a contact lens and refracts the light enough to let me see without any aides. If I play cricket, I only play with one contact lens in – In my left eye. But that is only in bright light. In the dark, too much of the pupil is exposed to the scar, and not even glasses can help.

There are things I find difficult, though. For example, I can’t take a photo with my right eye through a viewfinder. I’m still learning how to do this, so if you see my try, you’ll know why I look like a tool. I can’t shoot a rifle – I can shoot it, I just can’t aim very well as you use your right eye with your right arm. I can’t use binoculars properly, or in fact, anything that really requires both eyes to focus. 3D movies were a problem for me. I wasn’t sure they’d be okay, but Avatar proved that wrong.

So, now I am doomed with glasses forever, but I have no complaints.  It’s an adjustment, but one I am very grateful to have to make. 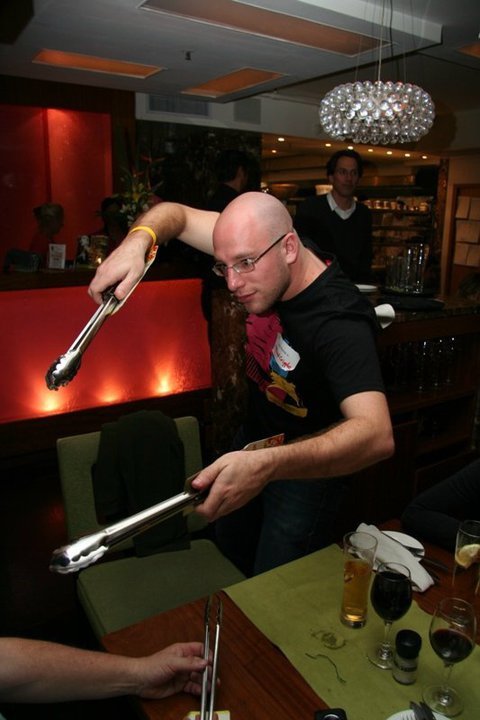 A Little Bit About My Birthday

A Little Something About Winning

A Little Something About Southern Sun

A Little Something About Memories