On Friday night, I decided to take a break.  I’m not sure why, or how, or even what I was hoping to achieve.  But I just did it.  After my fanny-wobble, I just needed to put everything away, and so, when I woke up on Saturday, I didn’t tweet.  Instead, I slept the morning away, and some of the afternoon.   But in my absence, in just five days, so much has happened.

I woke up somewhere after lunch to the voices of my male housemate, A, and our very good friend and neighbour, L.  I heard talk of ICU and hospital.  I was very confused.  I stumbled out of bed once L had left.  Apparently, my other housemate, J, was in ICU.  She had had trouble over the past week or so with speaking.  She just couldn’t get the words out.  She had an appointment with the neurologist on Friday, and that was the last time we had seen her.  During her MRI, she had her first seizure.  This was all a little mind blowing.

There was a sms from a friend I had promised to do brunch with.  She wanted to know if I was still alive.  In her awesomeness, she excused my tardiness, and we met for  brunch – At 3pm.  She let me bitch about my previous evening, and she bitched too.  I value her friendship very dearly, and appreciate being her Coop.

I went to Oblivion that evening to see an old friend who was now back in Cape Town after a medium stint in Londontown.  It was good having her back and joking with her and her clearly over- (or painfully under-) sexed friends.  I had a good little chuckle about one of these friends:  Her boyfriend, who’s birthday it was, seemed to have something against me.  Or his friend did.  Either way, I heard them talking about slapping me.  I waited patiently, but alas, there was no outcome.  In the mood I was in, it would’ve been interesting.  A good night was had.

The morning was spent at the hospital.  I really don’t want to be insensitive, but I’m a little tired of hospitals.  After the last few weeks with my gran, I can barely handle being in them right now.  But A and I were asked to be there.  We, eventually, met with the surgeon for him to explain what was going on.  J has been diagnosed with Encephalitis.  The problem is, they don’t actually know which form.  She had a Lumbar Puncture, and they know what, they just couldn’t see why. It could, hopefully, be one of two reasons – one being so new and rare, that only a lab in Oxford could do the tests.  And that may take up to two months.  They’ll still be doing other tests, though.  He explained to us that she’ll be there for at least 10 days, but when she comes home, we need to monitor her.   She won’t be back at work for 3 months, and will not be allowed to drive for around a year due to the seizures.  Yes, this is pretty hectic.

The afternoon and evening and night was spent with a girl.  A girl I have been seeing for a few months.  Spending time with her has always been about us.  And most of it was spent in bed, and rightly so as whatever went on in that bed was most certainly worth it.

I had Monday off as I was going to see Portugal take on Korea DPR for a lunch-time kickoff, so I had a bit of a lie in with the girl as she called into work saying she was going to the doctor as she was sick.  A valid excuse.  Almost.

Met Grum at his office just before 12 and we made our way to the Green Point Stadium.  Seating was pretty awesome, on the 2nd tier of the Korea goal for the second half, which meant we witnessed 6 goals at that end, which was pretty spectacular.

A friend sent me a song in the evening.  A song I’ve been looking for for a while and really couldn’t find it.  Not even on YouTube, and here she was sending it to me.  If you can, listen to Evermore’s This Is Love. I love it.

I worked like a trojan.  Not sure what was different, but I got a lot done.  I think it might have been the different type of work, but either way, there was a strange inkling that wanted me to work through the Bafana game.  But that was foolish thinking and I eventually trundled off to the Mexican Shebeen.  They were fairly expensive, but the girls really made up for it.  Their little dresses and very attractive legs gave us a good football distraction.  Plus their half-time dance is definitely worth seeing. (Really!)

The night was perfectly capped off with a great big fat Royale burger and brilliant company.

Today was not a good day.  Today brought out my worst insecurities.  I have bad bad trust issues.  After my ex cheated, and then lied to me, I’ve learnt that trusting people has become difficult – Especially as truth was one of her biggest values.  So now, I have issues with it.  My mind plays tricks on me, even when it’s wrong.  This was one reason my last little relationship failed, and it is why this one did too.  I couldn’t anymore.  I couldn’t lie in bed not knowing.  Knowing the type of people she was with.  I had been broken before and I just couldn’t.  So today, I did the difficult thing and ended things with the girl.  Again.  We had not even been properly dating, which only made things worse, or at least much more complicated.  I’m not going into more details now, but there were feelings involved from both of us.  I just wasn’t in a good place and jumping with two feet now would have only meant one of us, or both, would get hurt.

Today was a good day, perspectively.  Work has some very interesting things going on.  More interesting than I can actually mention here.  And today, I did something completely out of the blue that both upset and overjoyed people.  I have a good friend that has been trying her hardest to get a ticket to a World Cup game, but without success.  So, after seeing four games already, I decided to sell her my ticket.  I was online, and even that was enough to know she was going to explode with excitement.  It made her very happy, and I’m glad I could help her.

But no good deed goes unpunished.  I managed to upset no less than three people in selling this ticket.  The first being someone who I was going with.  To be honest, I’m not entirely sure why it upset him so much, but it did.  He threw his toys, but I didn’t see a point, and he eventually put on his big girl panties and went.  The second was a friend I said I would do the whole thing with because she was going with randoms.  I’m not too concerned about this as she actually needs to learn about being around more people.  The last, and probably the one I’m most intrigued about was someone who I said I would take a photo of.  But not just any photo – A really different and brilliant photo that I could only take at this game.  She is a very very new friend, but I feel like I let her down.  I’m not sure she’ll get over it.

Looking at the pros and cons of this decision, however, I am happy with what I did and I know Robyn really appreciates it.

It’s been an interesting few days, but I’m started to feel more myself now.  I’ve made some mental changes, and certainly will be doing more for myself in one or two ways.  Times like this make you realise who your friends are, and sometimes, you need it.

And so, basically, the crux of the matter?  I’m back…

A Little Something About Being A Geek Model 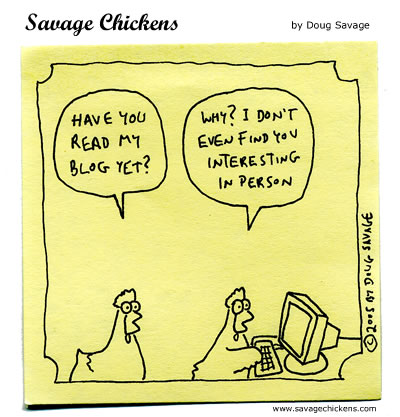 A Little Bit About Getting Along 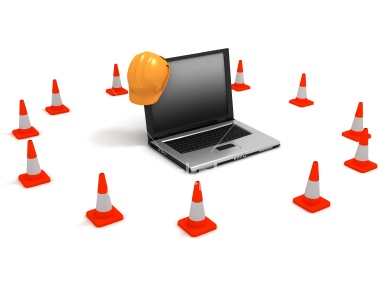